Founded in the 1920s and chartered by the NRA in 1945, Pensacola Rifle and Pistol Club
has grown from humble beginnings to a premier shooting location in Escambia County, Florida.

Pensacola Rifle & Pistol Club is using 2020 to celebrate a milestone recognizing 75 years as chartered by the NRA in the 1940s. Although we can trace our history back to the 1920s-30s and four different range locations, we have not forgotten our past and aim to create not just a location to shoot, but a destination for sport and recreational shooting.

Our Club has always been totally dedicated to the preservation of constitutional right of the people to keep and bear arms. We are a 100% NRA Club and membership is required for membership in our club.

Our facility is a private shooting range available for the use of our membership and their guests. However, we hold several sport shooting events every month. Membership is not required to participate in any of our club's shooting sports.

Match program can be downloaded here.

The "Fiesta Match" is an NRA Precision Pistol Regional Tournament with a history at our club going back to early 1950. The first firing was a small bore rifle match, the next year it became as it is today, a pistol match.

In addition to the NRA 2700 aggregate regional match,the tournament will also feature the NRA Distinguished Revolver match (30 rounds) as well as the Civilian Marksmanship Program "Excellence in Competition" matches for both service pistol and rimfire pistol (both 30 rounds). 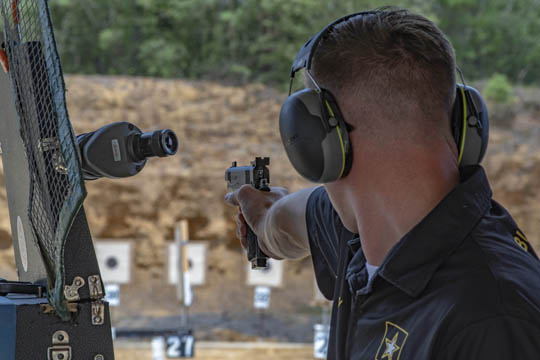 Want To Try Something Different?

Take a look at our Shooting Sports pages to see if any of our organized shoots look like something you would like to try. The directors of our shooting programs can answer any questions to help you get started. New shooters are welcome and membership is not required to shoot in any of our matches

We try to keep match fees very reasonable with no additional non-members fees. Keep watching the website calendar for dates and times of our events.

Our Trap Director, Michael Bamford wants to invite everyone to join him for some good fun shooting trap. Nothing beats the thrill of shooting a flying target. Club membership is not required to attend, the range gate will remain open during the event. 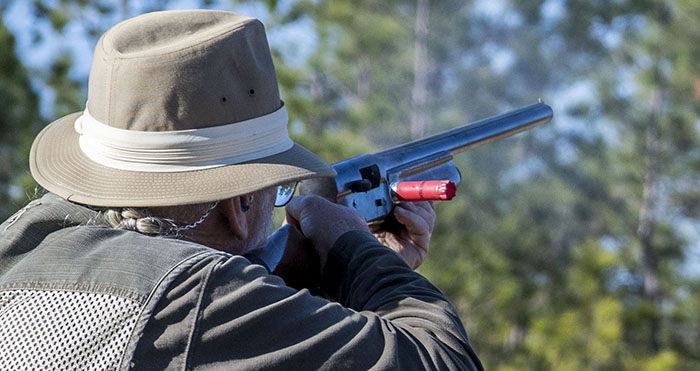 If you have never shot Trap before, that's ok since Michael can teach the basics and then coach to improve your shooting. Many times if a new shooter comes early, he will launch a few birds on the manual thrower to teach technique. There are no excuses not to at least try out this fun sport with reactive targets. 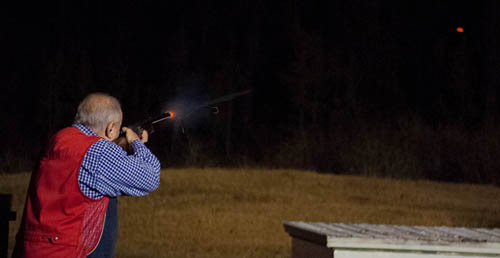 If you are unfamiliar with shotgun trap, check out the sports page of our club website. Trap is a great way to learn to shoot moving targets, for the hunter and just for fun. Just make sure to bring an extra box or two of shells since one round just won't be enough!

Michael hopes to see you the next time he fires up the launching machine.

Club History Photo Collection is back and expanded.

Head over to the "About" or click here go directly to the beginning.

NRA High Power Rifle matches are fired on the first Saturday of most months. Club membership is not required to participate.

For those who have participated in an Appleseed Event, this is the next logical step to continue using and enhance the skills learned.

The match at our club is fired on the 200 yard rifle range. The 300 yard and 600 yard stages are fired on targets reduced for 200 yards. The "reduced distance" match is a great starting ground for new shooters to learn and is used for honing the skills of experienced shooters. New shooters are encouraged to ask questions and coaching is encouraged in our format.

The 2700 pistol matches are fired on the fourth Saturday of most months with the NRA league beginning at 9:30 a.m. Our pistol range has 45 turning targets at 25 yards with stationary targets at 50 yards. Club membership is not required to participate. 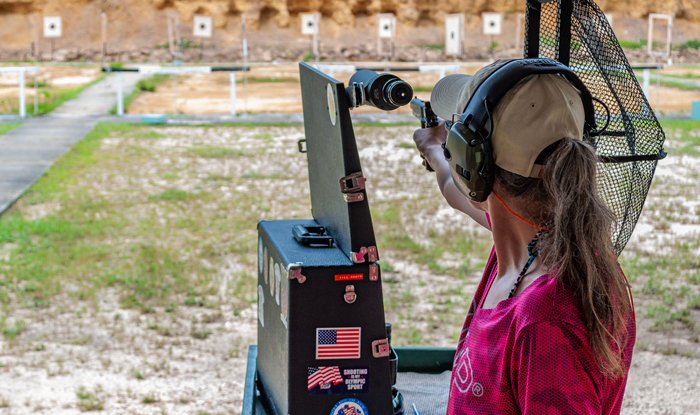 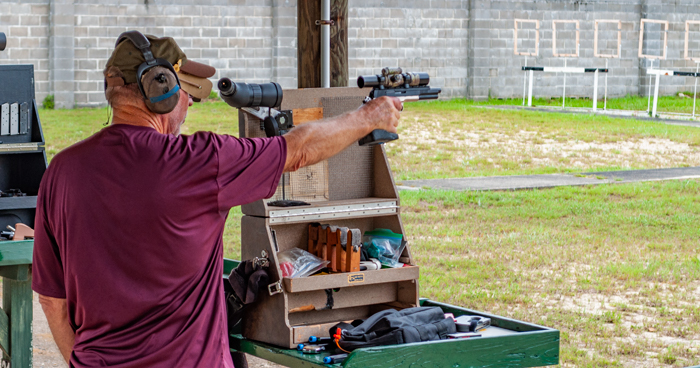 The Pensacola Rifle and Pistol Club (hereinafter "Club") is a 501(c.) (7) tax exempt club, organized primarily for pleasure, recreation, commingling and other nonprofitable purposes of its members. Substantially all of its activities are for such purposes and no part of the net earnings of the Club inure to the benefit of any private shareholder. As such, the utilization of club facilities to conduct personal business by any member, including, but not limited to, classes for license/permit preparation or training, is strictly prohibited as a level 1 violation of Club rules. Any such activity will, upon discovery, subject the member to Club disciplinary procedures. However, no portion of this rule shall be construed to restrict occasional (non-dealer) private sales activities between member and other members or guests, including demonstrations/test of salable items by members.